Posted by Unknown at 12:34 AM No comments: Links to this post

Guess what everyone, I have created a new blog that will be written by one of my characters from the Reborn series, Zander Jensen! 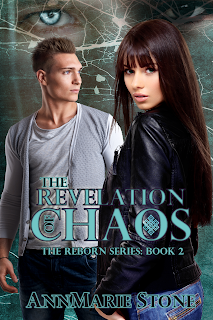 If you have already read The Revelations of Chaos, you are probably already loving and missing Zander, maybe even as much as I do. Now, you don't need to wait for the next book to get more Zander! In The Revelations of Chaos, it is revealed that Zander is a huge fan of the A Song of Ice and Fire series written by G.R.R. Martin, the book series to which the HBO series A Game of Thrones is based on. Since that particular aspect of Zander's personality is taken directly from my own infatuation for the series, the new blog will be written by me as Zander.

If you are already a fan of the ASOIAF series, a fan of Zander, or new to it all check it out! The blog will be starting over the next week or so and will likely begin posting on the same day each week. Once I have the schedule figured out, I will post an announcement. So, go check out the first post by Zander and subscribe so that you don't miss a thing!

AnnMarie Stone
annmariestone.me
Posted by Unknown at 9:00 AM No comments: Links to this post

Dragons of Ice and Fire - ASOIAF Fan Blog: Zander Jensen - My First Post: Welcome to my new fan blog, my name is Zander Jensen. I am a 'gifted' national journalist, and a HUGE fan of ASOIAF. In my spa...
Posted by Unknown at 10:43 PM No comments: Links to this post

The Revelation of Chaos - Goodreads Giveaway!

The Revelation of Chaos

Giveaway ends April 20, 2015.
See the giveaway details at Goodreads.
Enter to win
Posted by Unknown at 6:32 PM No comments: Links to this post

Joneblog: Book Review: The Rise of Chaos: AnnMarie Stone has written a very intriguing story about Light versus Chaos. The Rise of Chaos is another take on the classic battle be...
Posted by Unknown at 12:28 PM No comments: Links to this post